The return of Bird Flu

New Bird flu (avian influenza) cases have been confirmed in Gujarat recently, in addition to Kerala, Rajasthan, Madhya Pradesh and Haryana where the disease has already been confirmed.

Several states, which have been reporting deaths of birds, including crows and migratory species, are scrambling to have samples tested for the virus.

Bird flu or avian influenza is the name used to describe a viral infection that is reported mostly in birds, but has the potential to affect humans and other animals.

More than a dozen types of bird flu have been identified, including the two strains that have most recently infected humans — H5N1 and H7N9. When bird flu does strike humans, it can be deadly.

Outbreaks of bird flu have occurred in Asia, Africa, North America and parts of Europe.

The virus was first reported in geese in China in 1996.

In India, Samples from Rajasthan, Madhya Pradesh, and Kerala have tested positive for the A (H5N8) strain of the virus, while samples from Himachal Pradesh have shown the presence of A (H5N1).

Bird flu occurs naturally in wild waterfowl and can spread into domestic poultry, such as chickens, turkeys, ducks and geese.

The disease is transmitted via contact with an infected bird’s feces, or secretions from its nose, mouth or eyes.

The H5N1 virus can jump species and infect humans from the infected bird.

The first case of H5N1 infection in humans was reported in Hong Kong in 1997, when a poultry farm worker caught the infection from infected birds.

In its present form, human-to-human infection is not known — human infections have been reported only among people who have handled infected birds or carcasses.

In the digital & AI age Education is liberated from the confined walls. 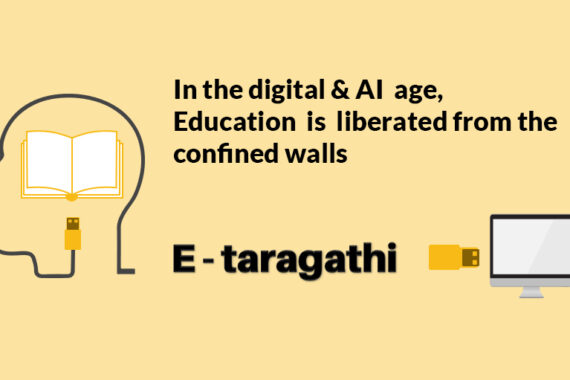 In the digital & AI age Education is liberated from the confined walls.